Welcome to the Travel Guide of the Alps

SAVOGNO A UNIQUE VILLAGE IN THE ALPS

Savogno is located on the sunny panoramic terrace above the Aquafraggia waterfalls, in the village of Piuro, at an altitude of 932 m.

Savogno is a unique example of rural architecture with stone houses and wooden balconies criss-crossed by paved lanes. Already in the Middle Ages, Savogno was a transit point for those going to Chur, the capital of the Three Grey Leagues.

The village was inhabited until the 1960s being a major transit point to the Val di Lei, but with the gradual evacuation to the towns of the valley, it became almost deserted. 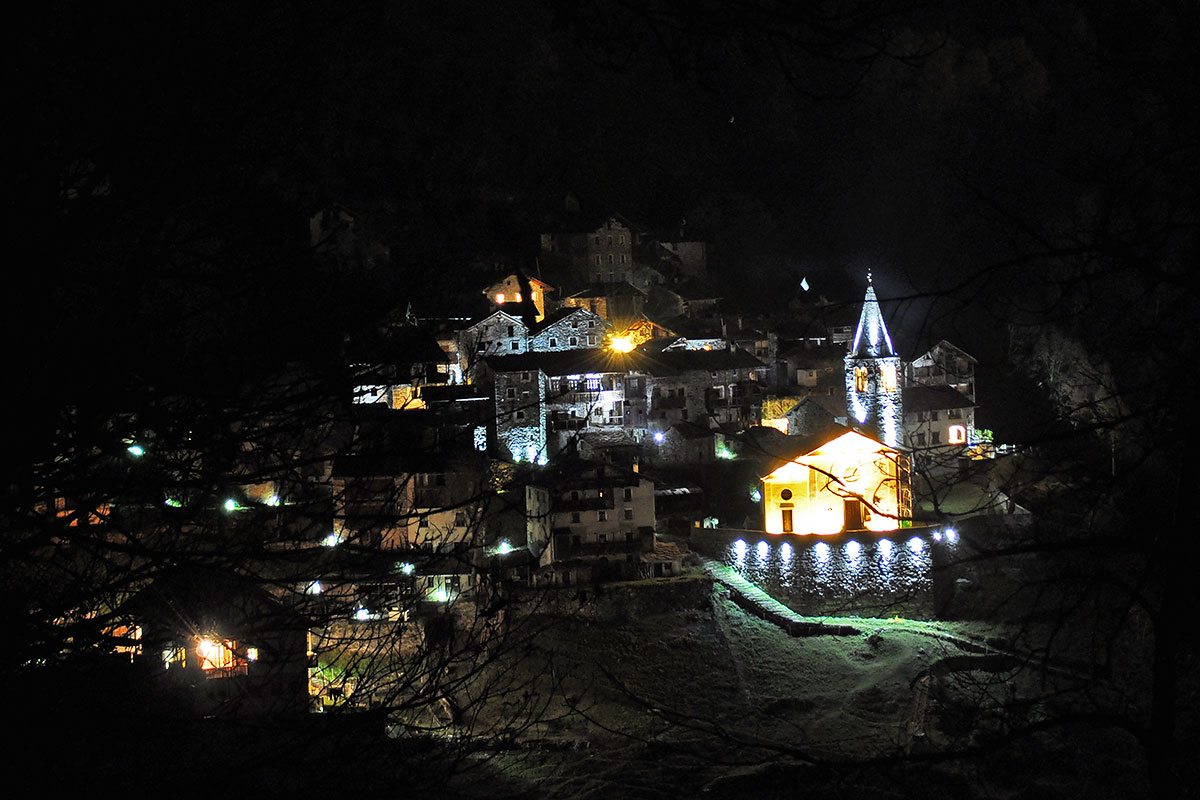 The village of Savogno has now been remarkably renovated and with the re-making of the alpine hut the "Rifugio Savogno", allows visitors to discover this fascinating place, admiring the original architecture.

Several trails are available from Savogno. Reachble easly by foot are the village of Dasile and Corbia and after 3h also the lake of Acquafraggia or the panoramic village of Soglio following the Via Bregaglia historical trail.

CLOSE TO OUR HEARTS

1. Sleep one night in the mountain house "Rifugio Savogno" and visit the village in the night with the atmosphere of its scenographic lighting.

2. Walk beside the Acquafraggia waterfall following the panoramic path (0,30h).

4. Reach the blue lake "lago dell'acquafraggia" ad the altitude of 2000m (3h walking up from Savogno).

IN THE NEARBY REGION

1. Vertemate Franchi Palace, in the town of Prosto, a fascinating villa of the XVI century, with an italian garden.

2. Discover the Belfort archeologic site in Piuro, the Pompei of the Alps.

4. Hike on the log and historical trails of Via Bregaglia.

6. Reach the panoramic village of Soglio, for the best picture of the Piz Badile north face.

7. Bike to the Como lake. 25 km from Chiavenna following a new bike road, beside river Mera and lake Novate.

9. Climbing and Alpinism on the Piz Badile and in the Albigna area.

WHERE TO SLEEP IN PIURO - HOTELS, B&B, APARTMENTS

In Savogno is possible to sleep in the mountain house Rifugio Savogno only.

The village of Piuro offers fewer hotels and a number of holiday houses. It is possible to find an accomodation also in others villages of the Bregaglia valley or in the main town of Chiavenna.

Thanks to pictures, facilities informations and reviews, You can check easly the availability of Hotels, B&B and Holiday Houses in Piuro and book the best solution for You, using this link:

Located between the Como lake and the Maloja and Spluga passes, Piuro is reachble by car driving on the 37ss road.

Piuro is well connected by busses to Switzerland ( St. Moritz) and by train to Milan leaving from Chiavenna.

SAVOGNO IS REACHABLE BY FOOT ONLY

The main trail starts from Borgonuovo of Piuro at approximately at 450m, walking by the impressive Acquafraggia waterfalls, a natural double vertical drop of about 150m.

At the base of the falls, there is a green area accessible by car all year round enticing passing tourists to its awesome natural display.

Several trails are available from Savogno.

Reachble easly by foot are the village of Dasile and Corbia and after 3h also the lake of Acquafraggia or the panoramic village of Soglio following the Via Bregaglia historical trail.

FLIGHT CONNECTIONS: Check here for your flight on:

DON'T MISS THIS VILLAGE OF THE ALPS

SAVE  IT NOW. It is Easy! Just Log-in your MyAlps personal area and then Add it to your MyExplorAlp Wishlist using the follow botton:

ADDED TO YOUR WISHLIST!

Are You not registered to Myalps yet? Do it here: MyAlps

DO YOU HAVE QUESTIONS OR SUGGESTIONS ABOUT SAVOGNO?

A UNIQUE VILLAGE IN THE ALPS